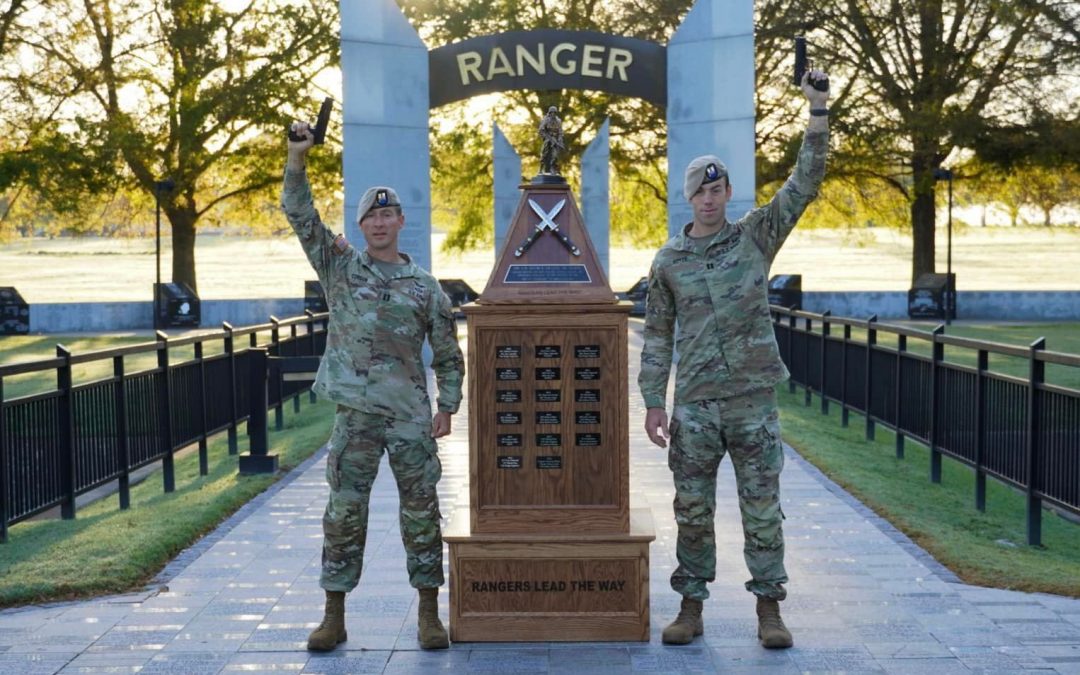 The Best Ranger Competition 2022 is now complete. This was the 38th annual celebration of this grueling competition, starring the best soldiers of the world, our United States Army, RANGERS! The U.S. Army officially announced today that Captain Timothy Boyle and Captain Joshua Corson of the 75th Ranger Regimen have won the competition held at Fort Benning, Georgia.

According to the XVIII Airborne Corps, Boyle and Corson sweep the competition in the ”60 hour long event that tests on many Ranger combat skills including long distance runs and ruck marches, land navigation, small arms marksmanship and mortar employment, medical skills high-angle rappelling techniques and even a Ranger history quiz.” After the competition, COL Antwan Dunmyer told reporter Haley Brizky that “These Rangers are at the tip of the spear, building and leading lethal, adaptive teams, and proudly without fanfare.”

Hot on the winners heels were Sgt. Nathan Buck and Sgt. Enrique Caballero, who came in second. Then, Staff Sgt. John Goldsmith and Spc. Kory Fogarty came in third place. Close behind was Sgt. Jonathan Deguzman and Sgt. Alex Mauch who placed fourth.

“Corson and Boyle were at or near the top of nearly every event over the three days,” according to Coffee or Die Magazine, ” winning two of the three individual team awards. The pair were named winners of both the Captain Russell B. Rippetoe Trophy for best ruck march time and the Moore-Van Aalst Marksmanship Award for the top shooting score.”

The Best Ranger Competition was started in 1982 after Dick Leandri found a way to honor his personal friend, Lieutenant General David E. Grange, Jr. The first competition was won by Philip Seay and Charles R. Light.

Supporters, competitors and community gather yearly and “Lead The Way”. The competition has evolved over the past thirty-eight years from one that was originally created to salute the best two-man “buddy” team in the Ranger Department at Fort Benning, GA. It now determines the best two-man team from the entire United States Armed Forces.